The sign underwent its most significant upgrade in 1990. The plastic faced Coca-Cola graphics and border were replaced with Vivid S 270 Pixel, the red background neon was replaced, and the entire sign was re-wired, the old breaker system replaced with a computer.

Installation made possible by  Claude Neon

The Coca-Cola sign has been an iconic landmark on the Sydney streetscape for over 30 years. Located above the intersection of William Street and Darlinghurst Road, more than half a billion people have viewed the sign since it was erected in 1976.

Claude Neon has designed, installed, maintained and financed the sign from 1976 to the present day, with key members of the current project management and design teams having been involved with the sign since its inception. 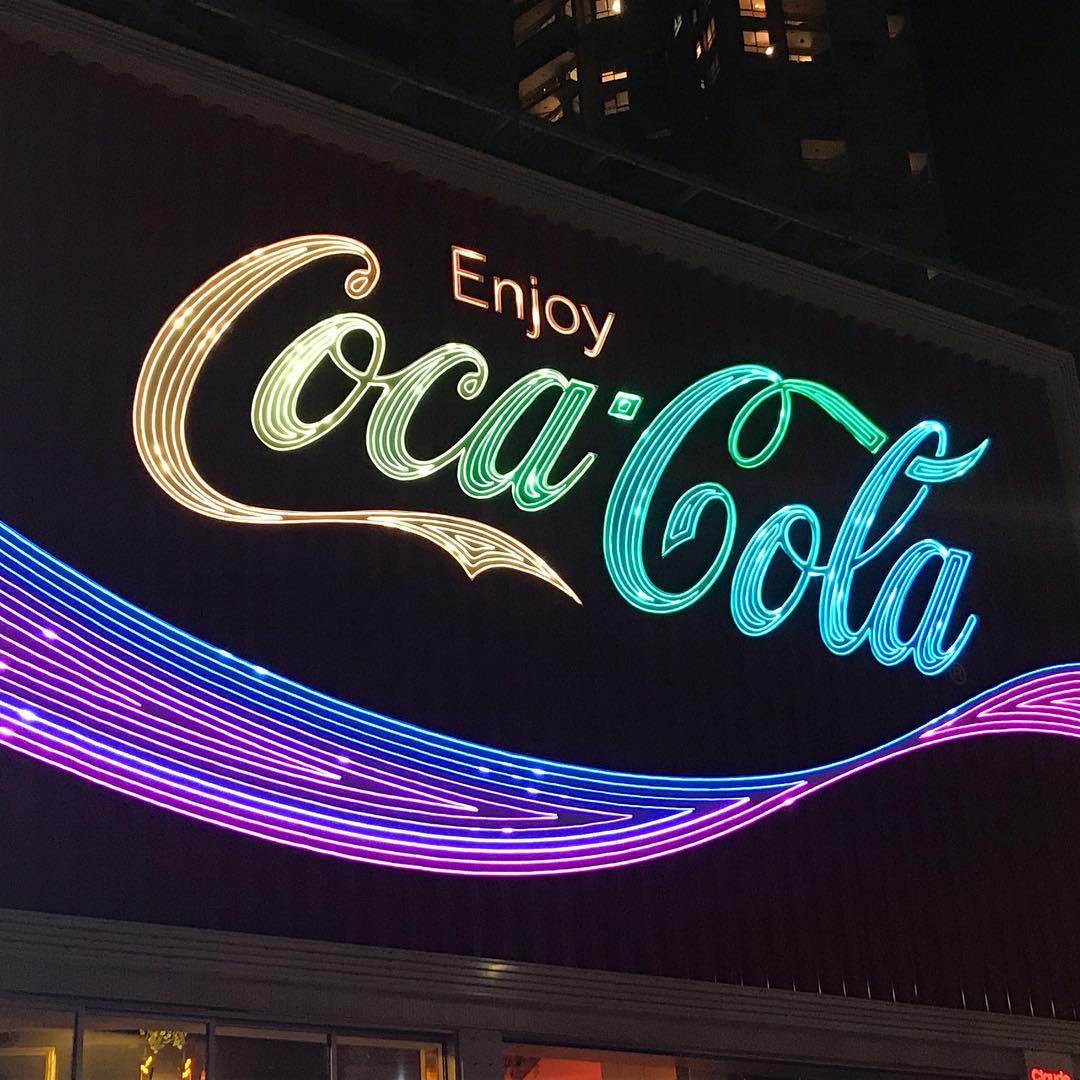 Get A Quote Today

Interested in a quote? Get In Touch with us! You won’t be sorry you did, this is a revolutionary lighting product that you won’t want to miss!

We use cookies to personalize and enhance your experience on our site. Visit our Privacy Policy for more information on our data collection practices. By clicking Accept, you agree to our use of cookies for the purposes listed in our Cookie Consent Tool. Accept