“Lightweave,” a responsive lighting display designed by San Francisco-based design studio Futureforms, is the NoMa Parks Foundation’s latest installation in the neighborhood and part of a $50 million grant.

The display consists of six formations of cloud-like, lattice LED tubes suspended below the ceiling of the underpass between First and Second streets NE. With three formations on either side of the underpass, the tubes react to ambient noise, such as trains passing on the tracks above or cars driving along L Street NE.

At rest, the lights have a yellowish hue. But they take on darker tints in response to noise, moving through the space in a wave-like motion. “It’s a little bit like improv,” explains Jason Kelly Johnson, co-founder and design principle at Futureforms (previously known as Future Cities Lab). “It’s not always the same, it’s dynamically changing.” – Read More

The artwork comprises six spiraling lattices of stainless steel and bent LED tubing suspended above the underpass sidewalks, with three above each passageway, hung from freestanding armatures. LED colors change and movie in response to sound waves from within the underpass and vibrations from trains passing overhead. “The idea was to create something interactive, playful, and unique to the site,” says lead artist Johnson. “We were inspired by the idea of translating sounds from the site into sculptural forms.” 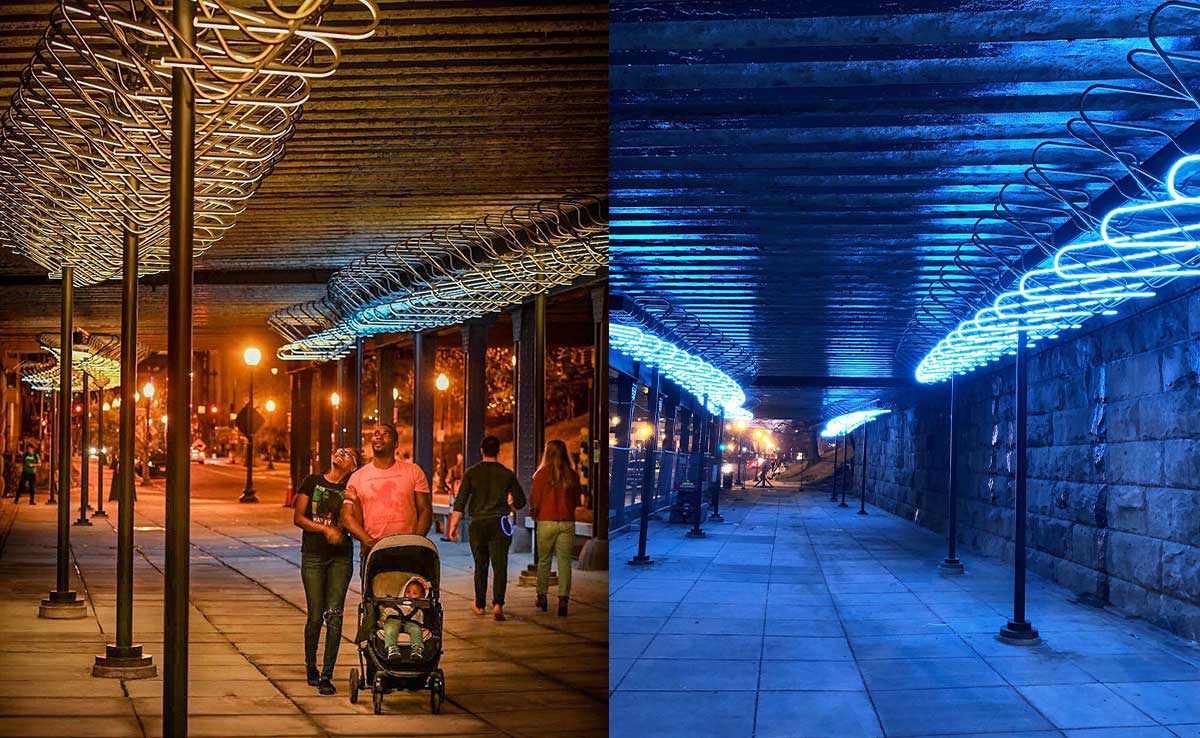 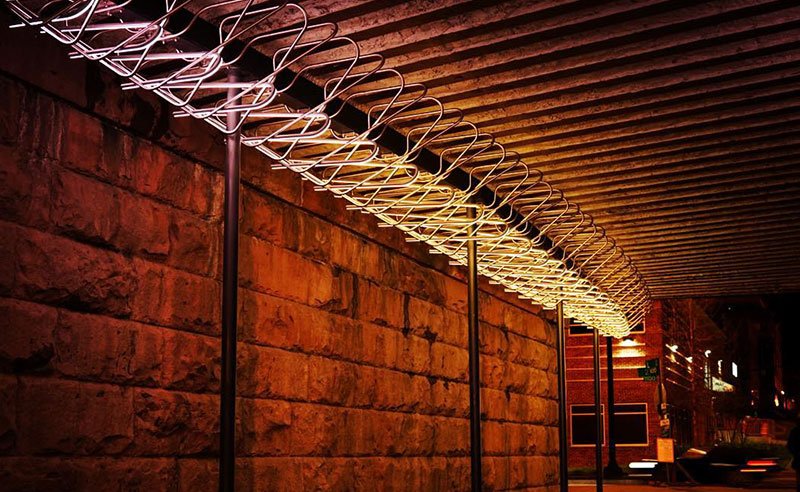 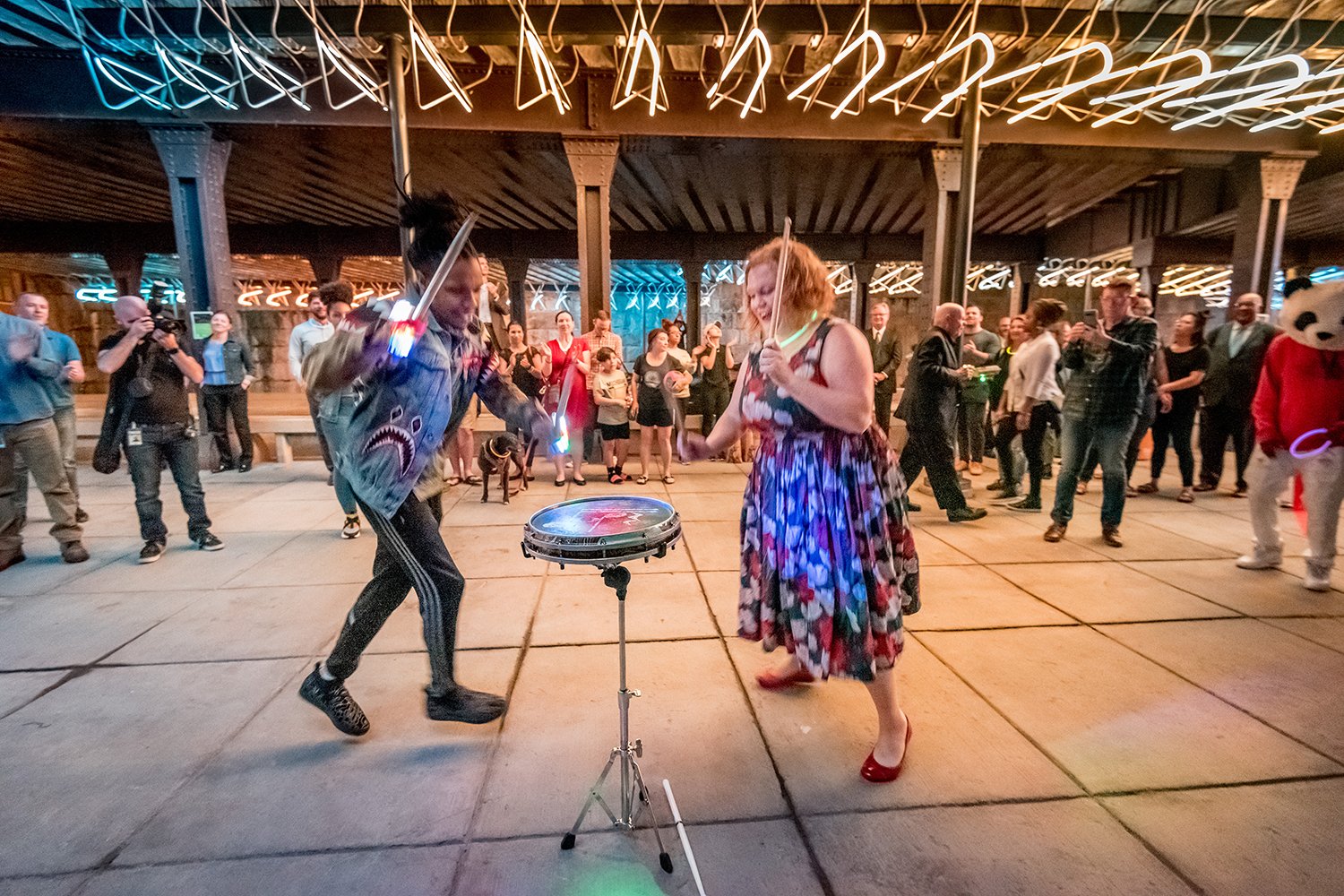 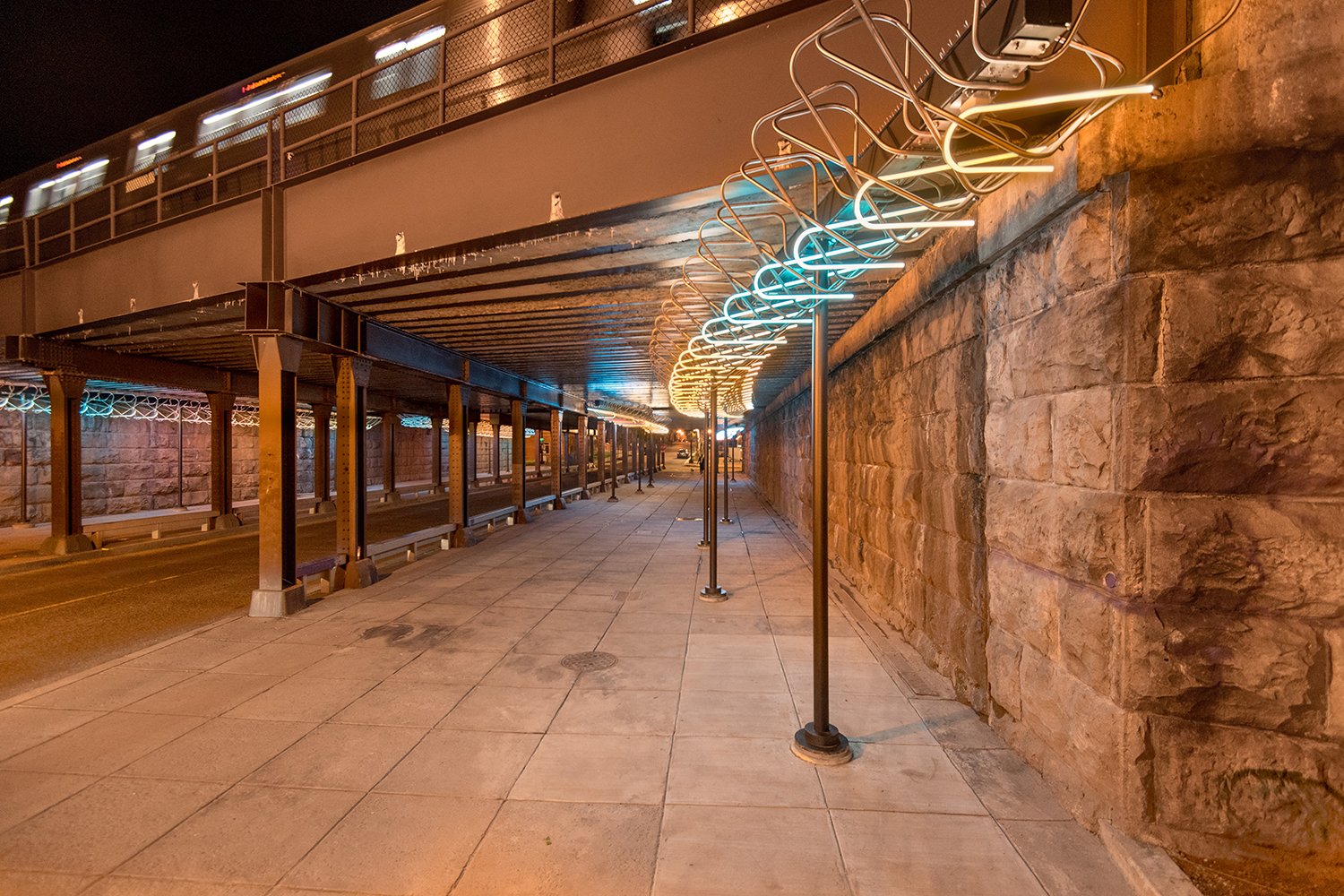