When the city of Stamford put forth a competition to brighten up an otherwise dreary train station; winning artist and designer Sandy Garnett choose Vivid RGB as his preferred medium. A key feature of the winning design was the decision to highlight the building’s features, rather than hide them.

“We needed to honor the lines,” said Sandy Garnett, “The last thing I wanted to do was alter the architecture.”

His group did that by mounting 1,275 feet of LED Neon Flex, which anchored their design inside the existing two-inch crevices that crisscross the exterior, ten down and six across. 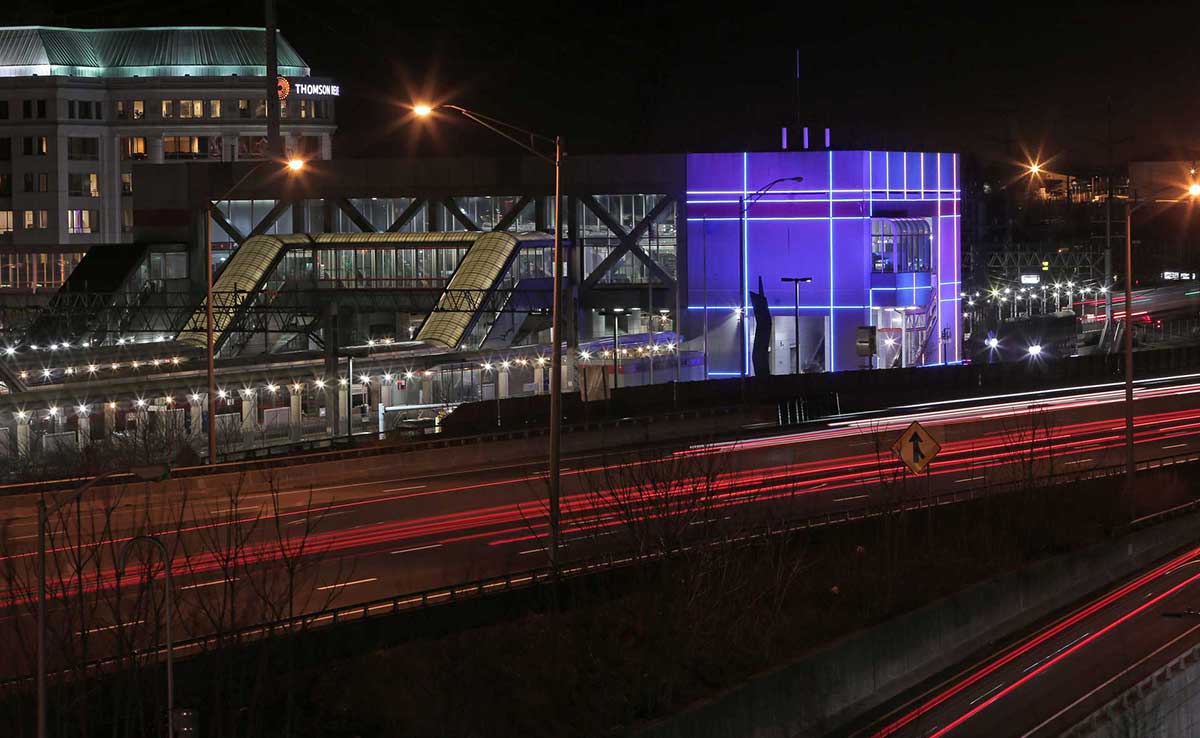 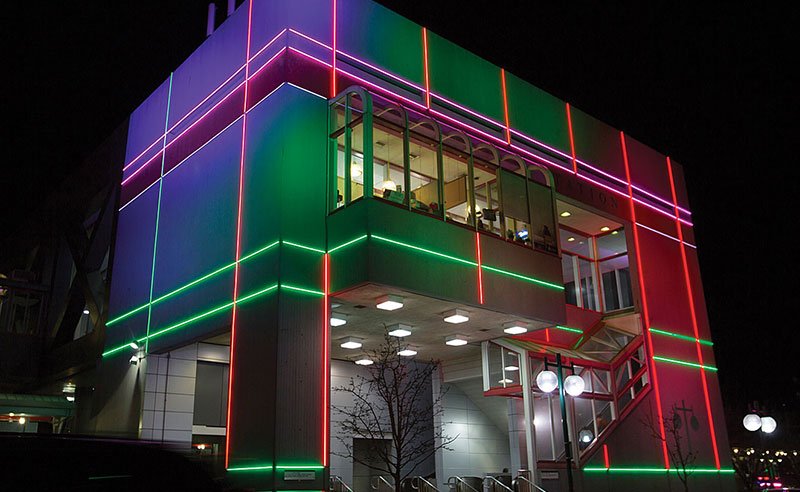 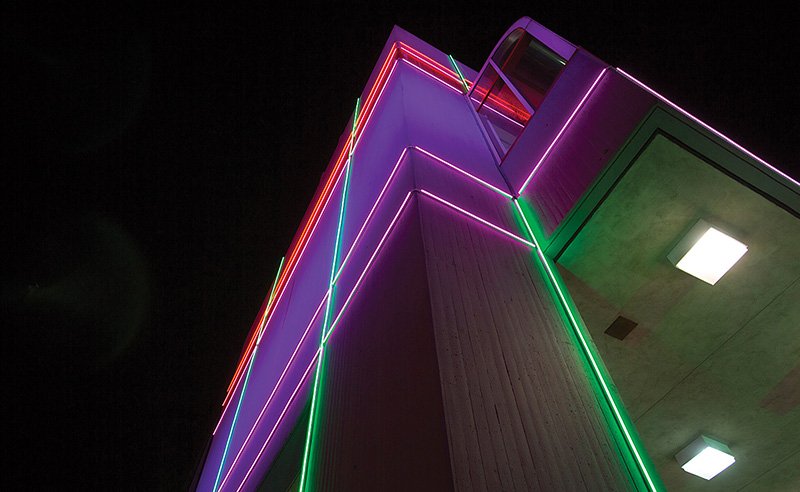