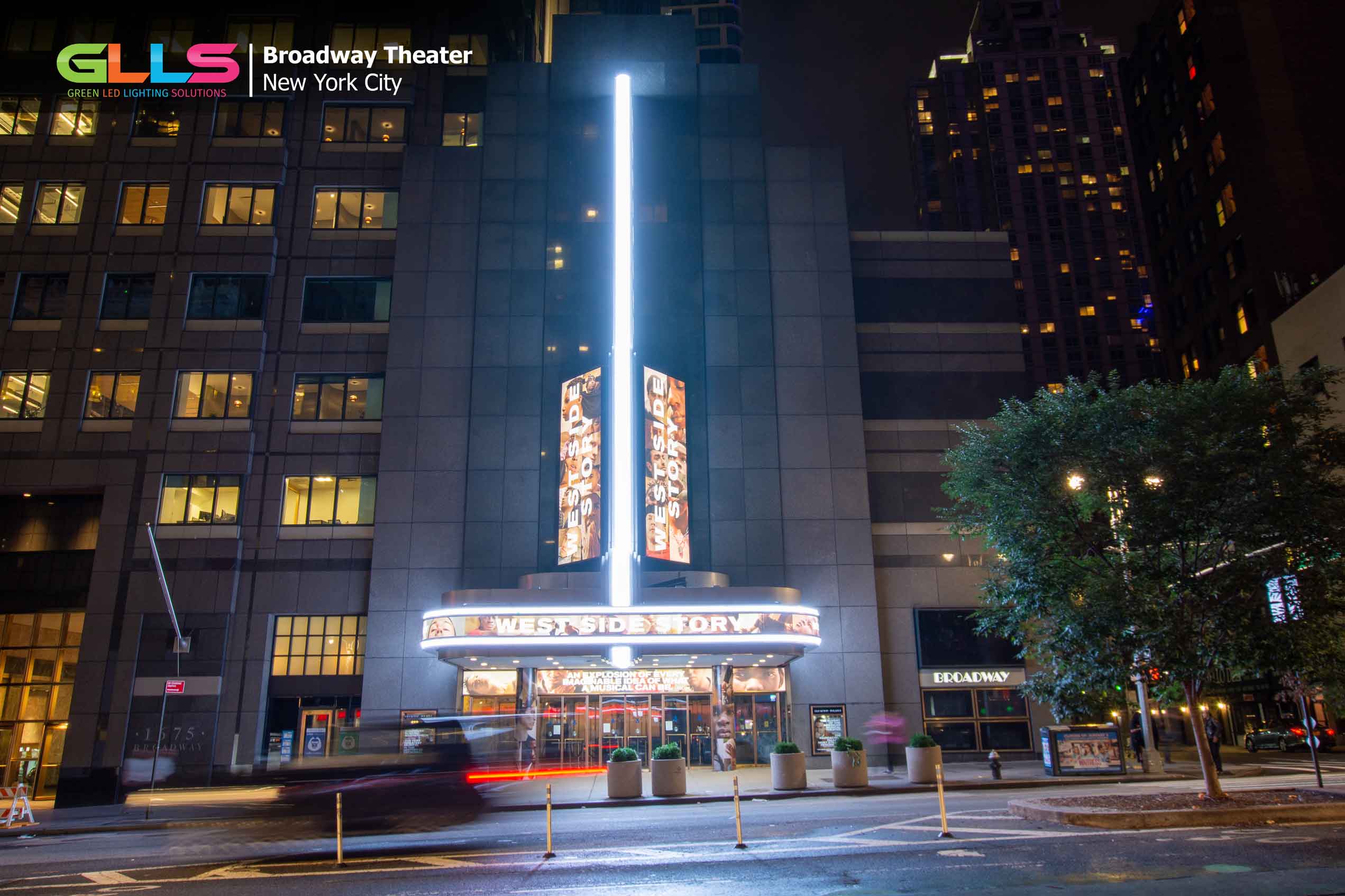 It may have the most theatrical name of all the legit theaters, but the Broadway Theatre was actually created as a movie house. Built-in 1924 by a movie theater chain owner, it was originally named B.S. Moss’s Colony Theatre. In 1930, Moss decided to convert the theater into a legitimate house, and the Broadway Theatre officially opened with Cole Porter’s The New Yorkers. In its early years, the Broadway’s stage saw such stars as Milton Berle, Alfred Drake, Zero Mostel, Mae West, Eartha Kitt, Vivien Leigh, and Jose Ferrer, and audiences heard songs by the likes of Irving Berlin, Oscar Hammerstein II, Noel Coward, and even Duke Ellington. During the Golden Age, many of the more notable shows to play at the Broadway Theatre were popular productions that transferred from other theaters, such as South Pacific, Funny Girl, The Music Man, Cabaret, Mame, Fiddler on the Roof, and The Wiz.

They say the neon lights are bright in Broadway Theatre. Well, it’s true because it was Lit from our 3 side emitting light fixture “Vivid Wave 320”. The Vivid Wave 320 is our brightest specialty fixture achieving lumen output of up to 800 lumens per meter. Vivid Wave 320 has the widest beam angle of all LED Neon Flex profiles, making it the choice for projects with multiple viewing angles.

The Broadway Theatre is one of a select few legitimate theaters that was originally built as a movie house. Its seating capacity of 1,765 made it ideal for the changeover to musical theater in 1930. It showed movies for a brief period again in the 1950s but has been a legitimate theater ever since.

It is currently owned and operated by the Shubert Organization and continues to be one of the largest Broadway theaters.

Vivid Wave 320 RGB Pixel was used in this project.

Lit from 3 sides, Wave 320 is our brightest specialty fixture achieving lumen output of up to 800 lumens per meter. Wave 320 has the widest beam angle of all LED Neon Flex profiles, making it the choice for projects with multiple viewing angles. 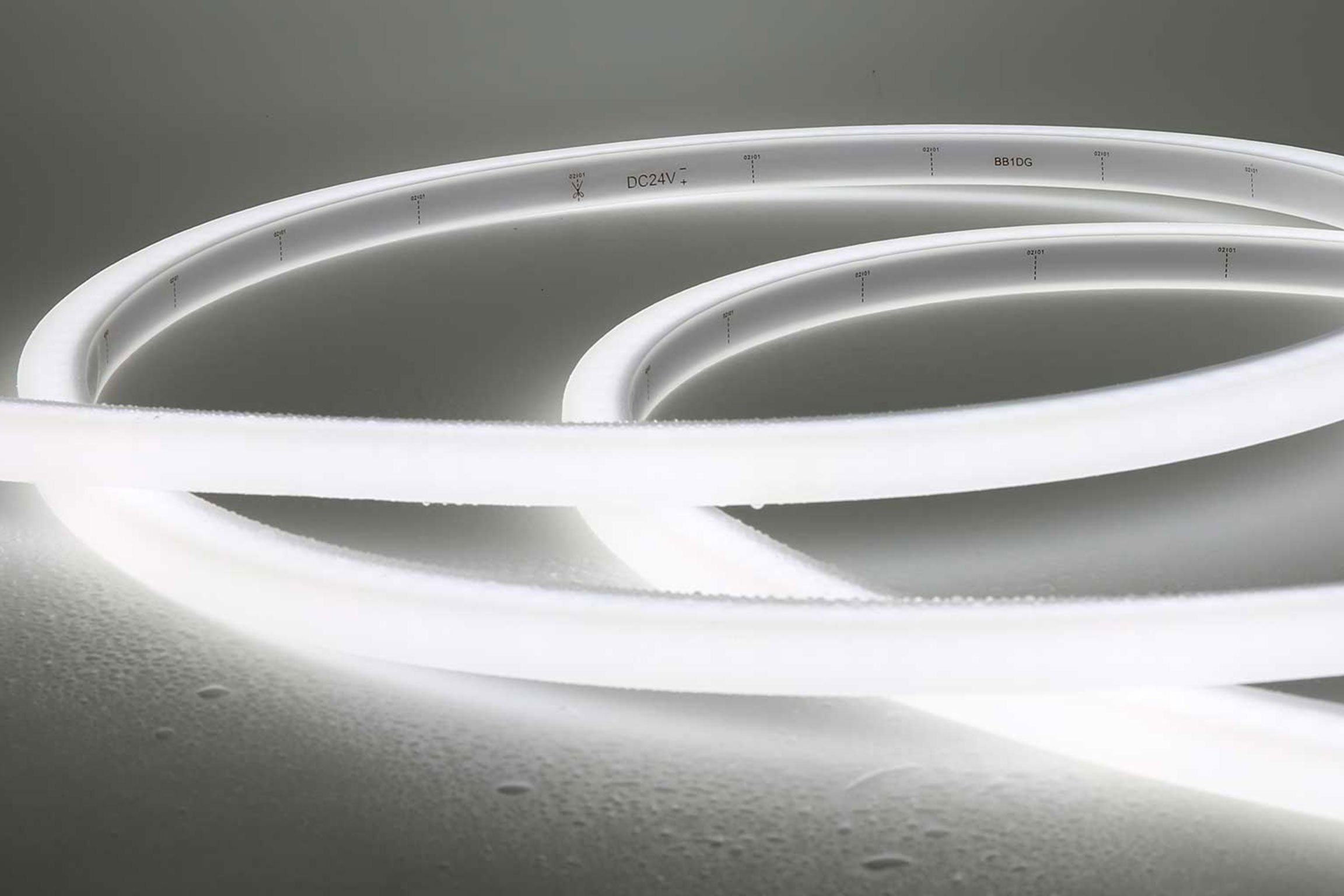 Here’s a cool video of our lights in action 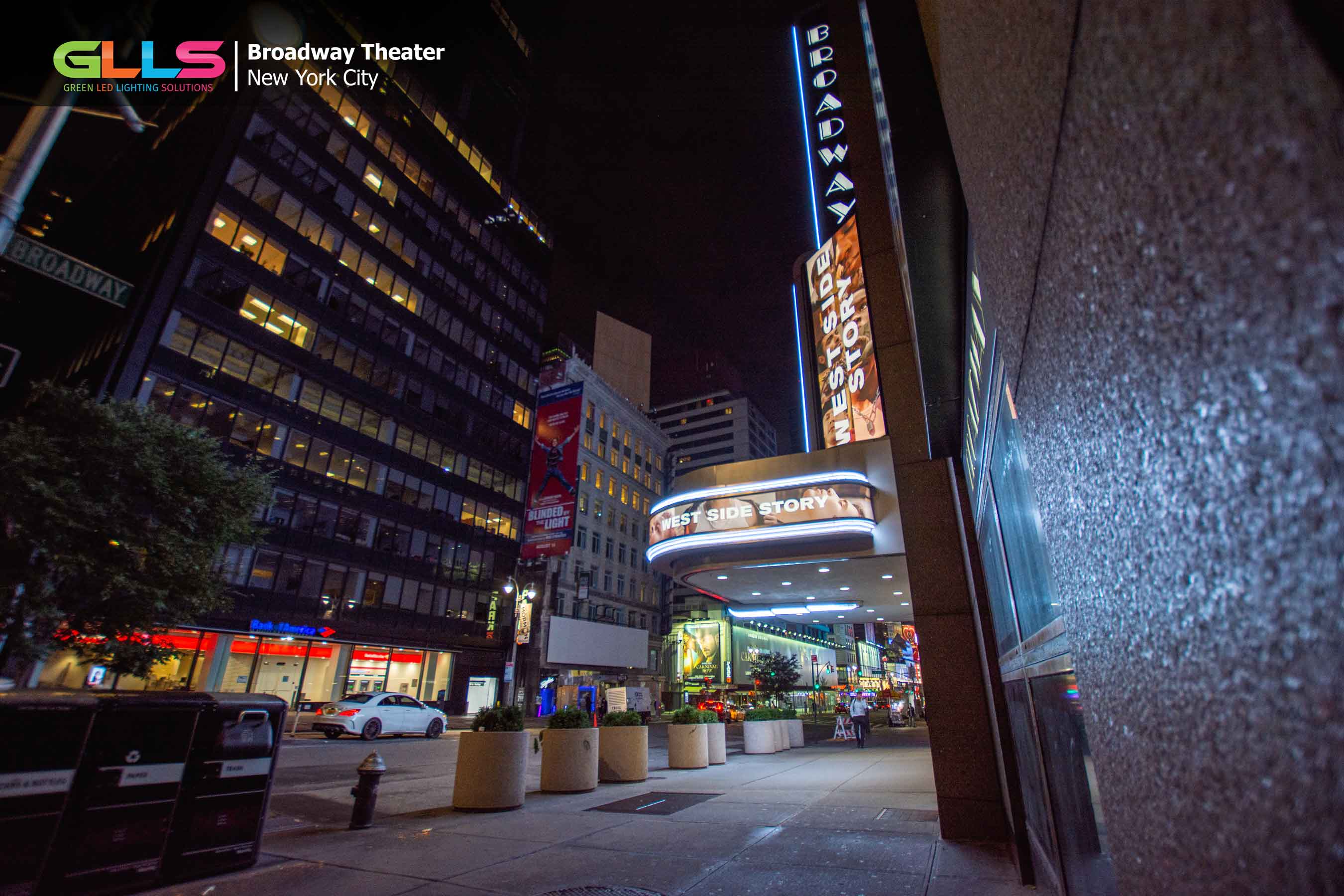 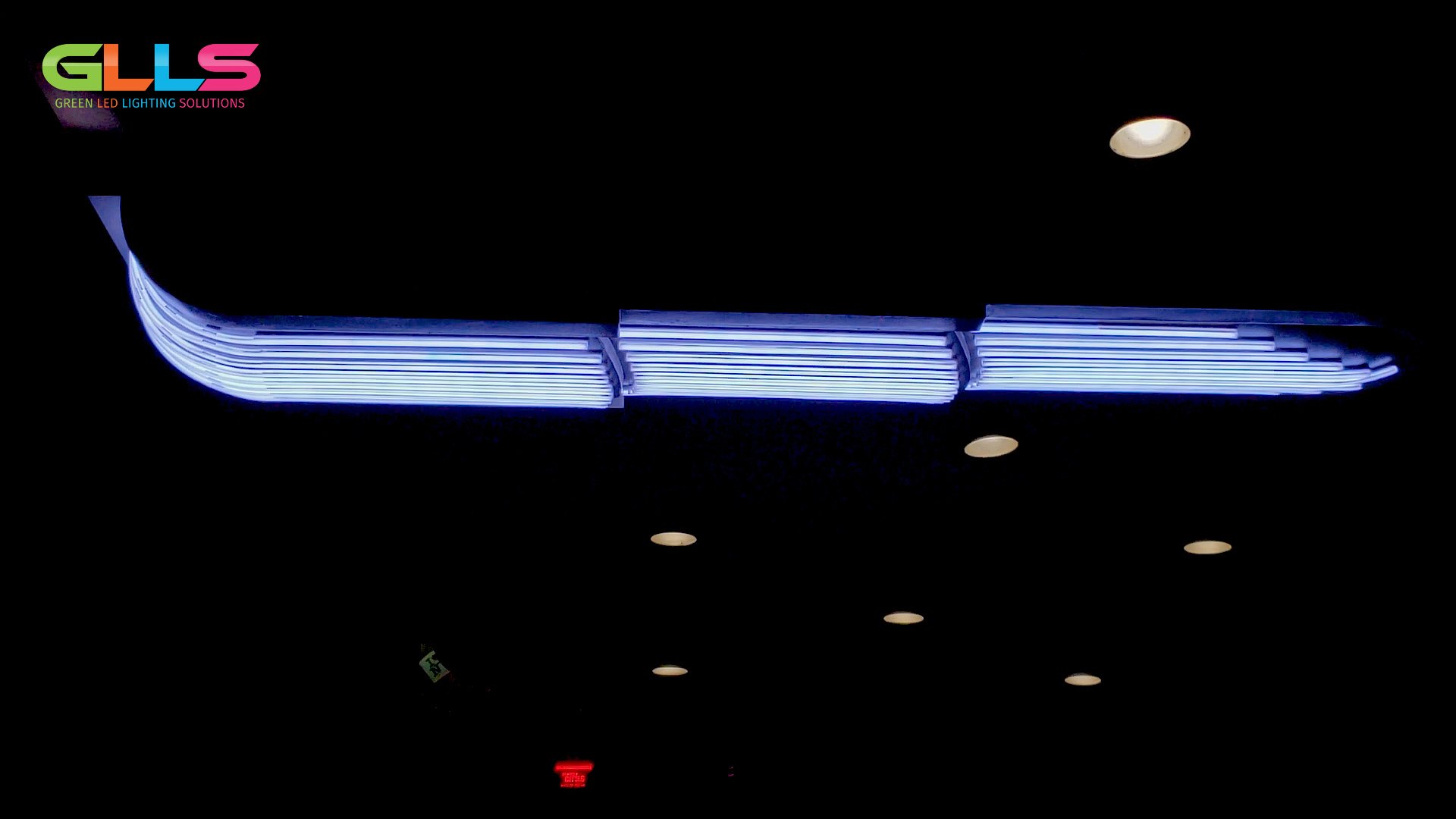 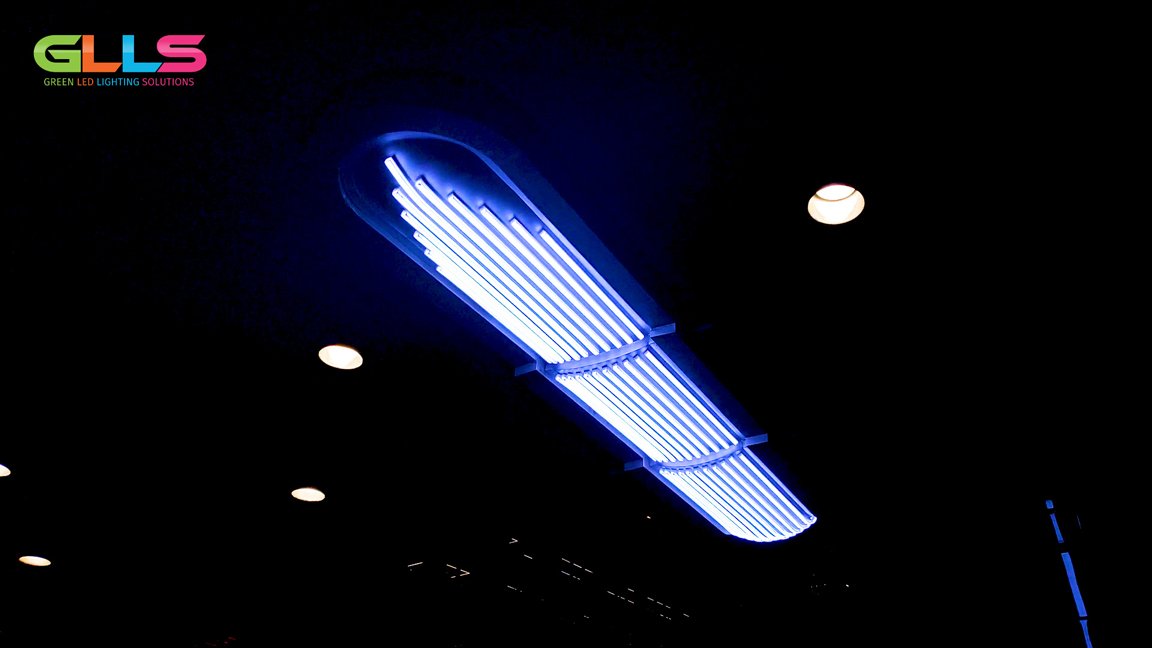 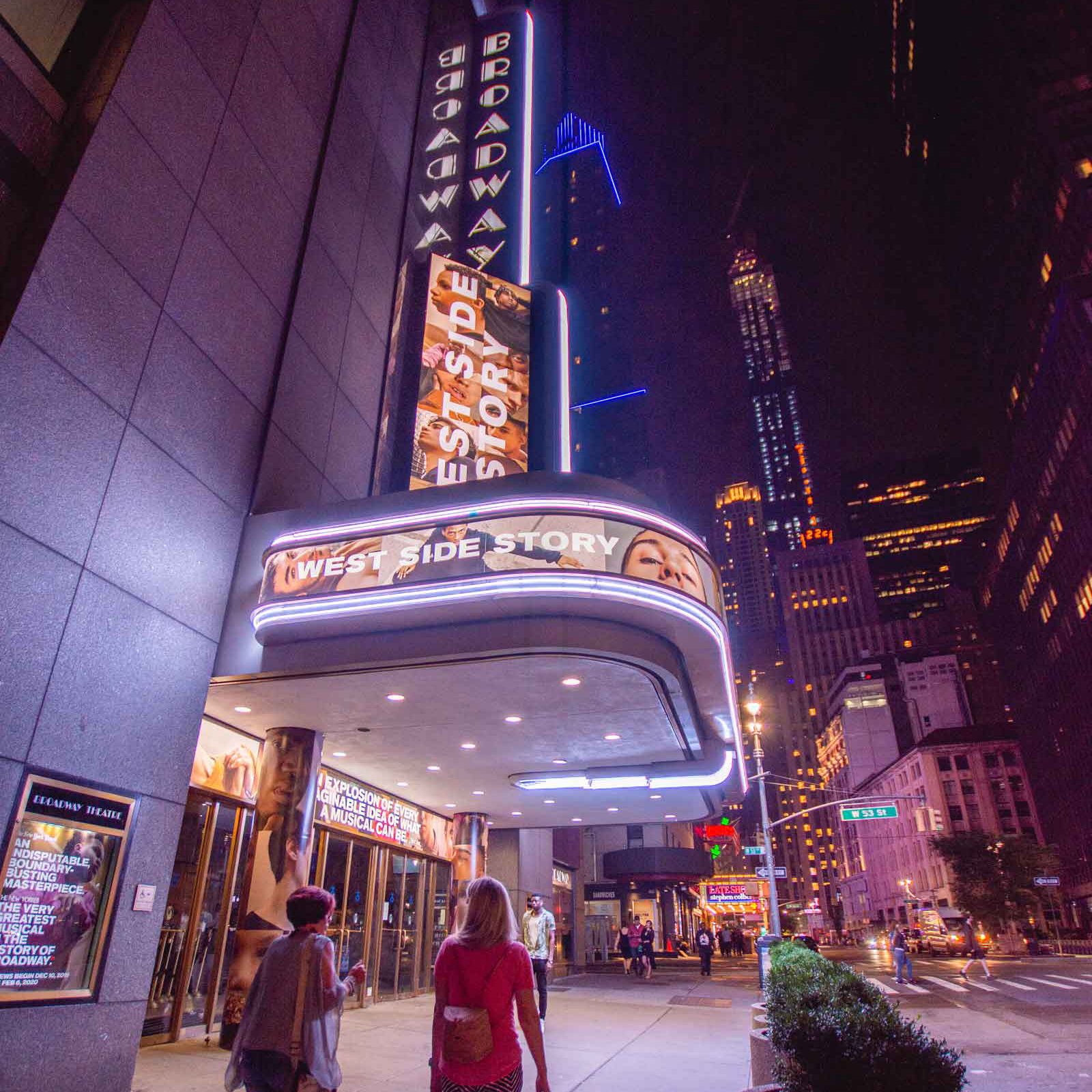 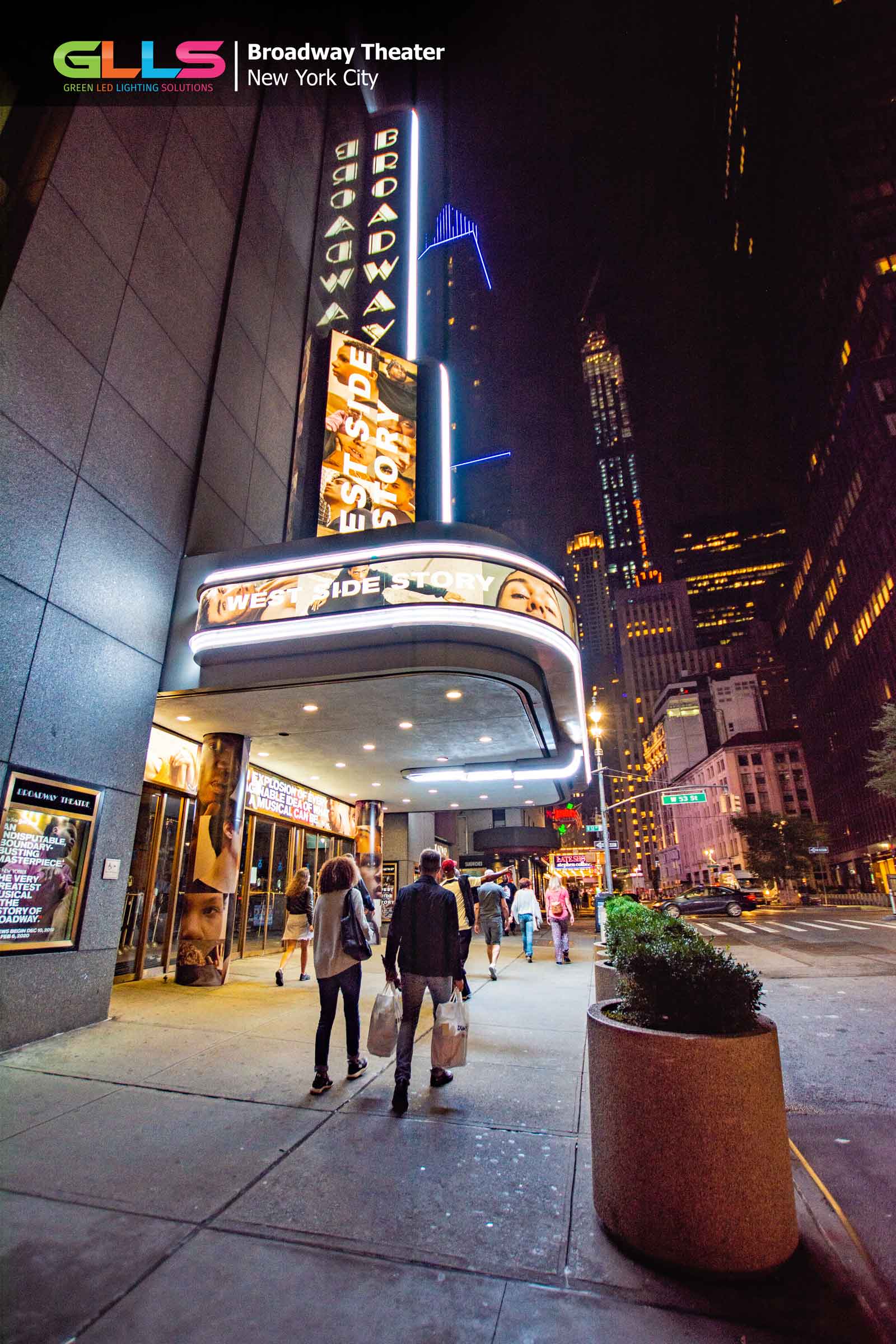